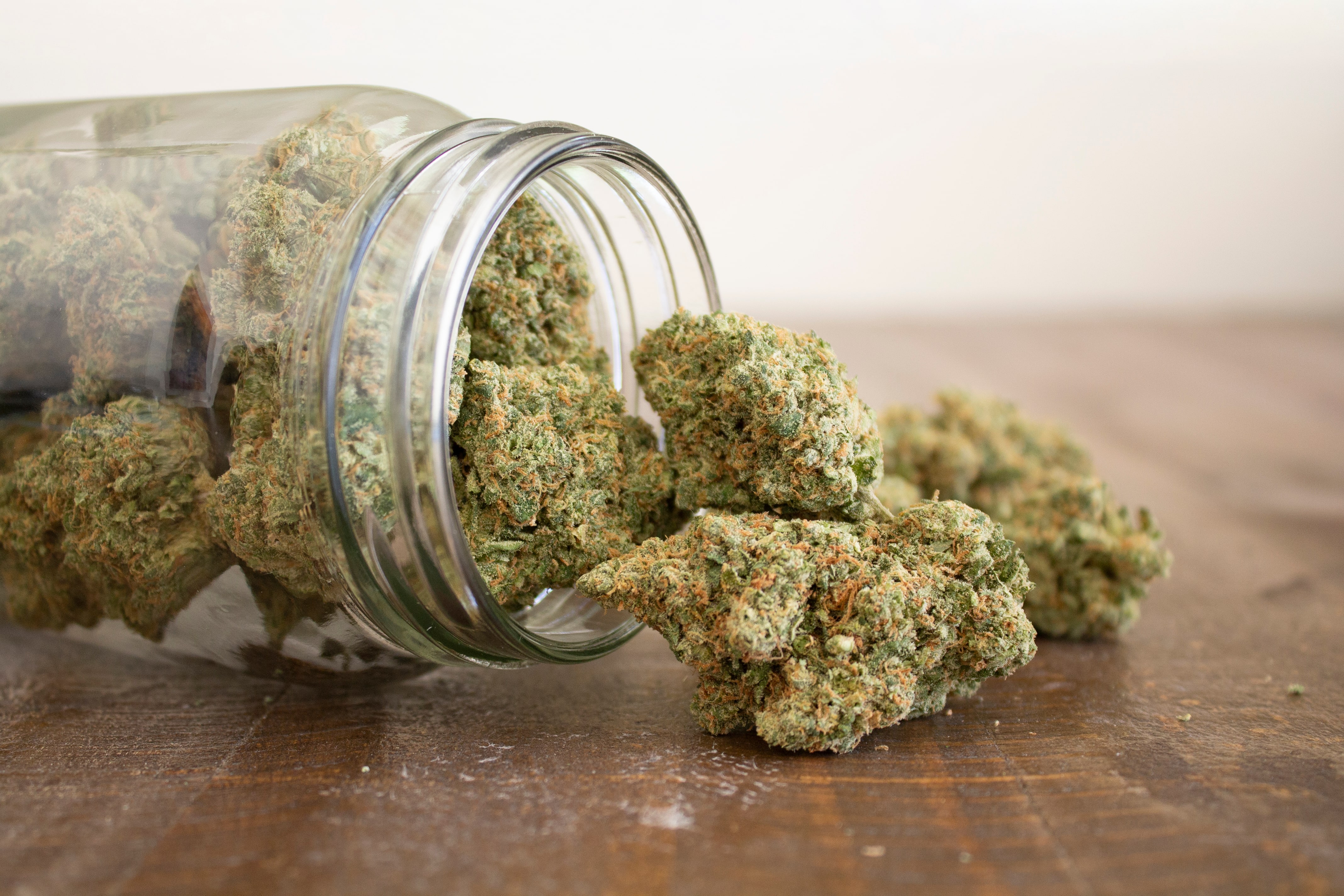 Cannabis is a plant of multipurpose use and considered one of the earliest and most widely grown plants. It has application in food and feed, textiles, pulp and paper industry, production of ropes and bags, medicine production etc.

The traditional technique to cultivate Cannabis is cuttings from a mother plant to produce genetically similar plants. However, this hasn’t been an effective technique because of several reasons including requirement of large space, decrease in the vigour of plants over time, and susceptibility of mother plants to pests and diseases.

The best alternative to grow these plants is tissue culture. Various tissue culture methods have the potential application with Cannabis for research, breeding, and novel trait development, as well as commercial mass propagation.

This article covers the four steps of tissue culturing Cannabis plants and the process of extracting cannabinoids. So, let’s begin!

The in vitro technologies have their several advantages including economies of scale, production of disease-free plants, true-to-type plants for reducing the risk of GMP-EuGMP level medical Cannabis production, and improved genetics of the plants.

Among all the techniques mentioned above, the most common technique to grow Cannabis is cell suspension culture. The study mentioned here is taken from a report published by Logrono L. Javior (2014). In vitro cell culture of Cannabis sativa for the production of cannabinoids.

Explant is tissues collected from the mother plant to establish the in vitro culture. It can be from any part of the plant shoot, root, leaves, flower, seed, or nodes. But, in this study flowers were collected as a source of explant. It’s because flowers of the female plants are rich in cannabinoids, needed to be extracted for the production of Cannabis oil.

After collecting the flowers, they are cut or minced aseptically in smaller pieces to make them ready for the culture process. When the cut pieces of flowers are placed on the growth media they develop cells, forming a large group of tissues, that can be further divided and subcultured on the fresh media.

Callus is an unorganized dividing mass of cells. The regeneration of a plant from a few tissues is majorly transitioned through the callus formation stage, which involves dedifferentiation of plant material. The ability of plant cells to regenerate whole plants is known as totipotency.

Plant growth regulators or plant hormones are required to induce callus formation in the cultured explants. The basic steps include:

Note: The composition of plant hormones varies depending on the condition and cultivar you use for the culturing process.

Cell suspension is transferring the obtaining callus into the bioreactor containing liquid growth media. In this stage, the basic steps include:

But, not many studies mention the use of elicitors for the production of cannabinoids from the Cannabis plants. And, it should also be noted that the response of elicitors can vary depending on various factors including the specificity of elicitors interval addition, the culture conditions, or the concentration of the elicitor.

Downstream is the processing of mass of cells for the cannabinoid extraction. It’s a two step process: decarboxylation and extraction.

Decarboxylation: This step involves the conversion of acidic cannabinoids into their neutral analogues under the influence of heat. To achieve this, the temperature is continuously increased until 95% of the acidic cannabinoids are converted to neutral cannabinoids. This has to be done while ensuring that too much heat can convert THC to CBN. so, first heat the material at 105º C for 15 minutes and then at 120º C for 60 minutes.

Extraction: In this step, the heated material is extracted using petroleum ether. The extract is concentrated into a tar on a flash evaporator at 40°C and then dissolved in ethanol:water mixture in 1:1 ratio. Then, the prepared solution is extracted three times using hexane, which is later pooled and then later evaporated on a flash evaporator at 40°C.

Image: A workflow of downstream processes. 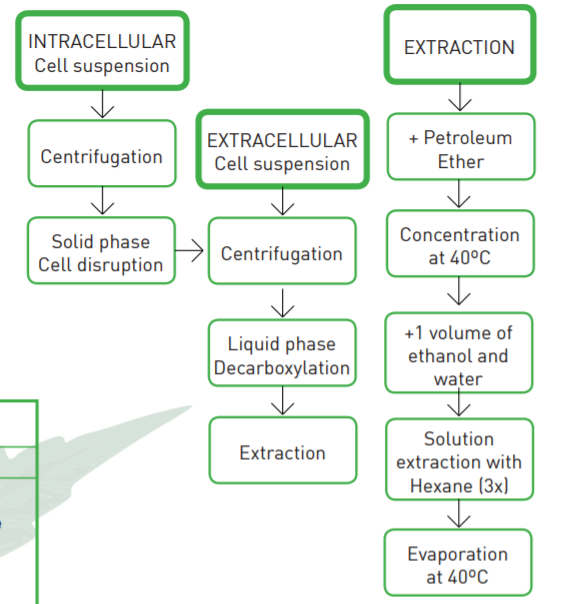 The production of secondary metabolite is a meticulous work and it requires constant focus and expertise in doing so. And, if you need any help at any stage of tissue culture then you can reach PCT and we'll guide you with all your requirements.

Anjali is a scientific content writer at PlantCellTecnology. She has joined the company in 2020 with her technical knowledge of tissue culture, a background in Plant Biotechnology, and research skills. Apart from writing educational articles for our tissue culture enthusiasts, she also helps them with their queries on the tissue culture processes.