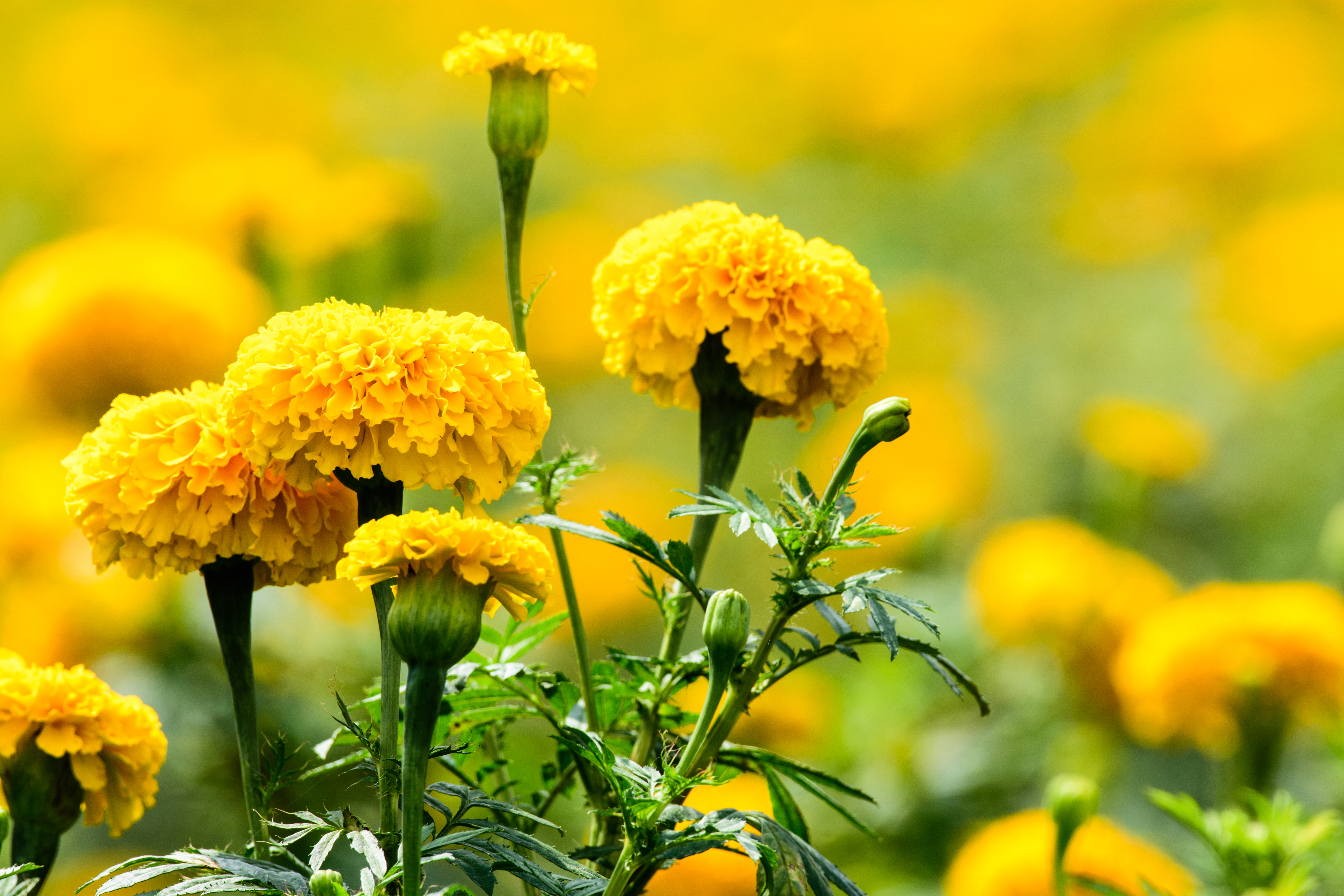 Diwali, a popular Hindu festival (mostly celebrated in India), has just passed by and the fragrance of marigold flowers has left its essence in the air.

Marigold is popularly used in India, to make rangolis during the Diwali festival and decorate houses during the marriage, rituals, or any other festival. Its utility is not only limited to decorations but is also used in traditional medicinal approaches to treat certain diseases or ailments.

Marigolds are known for their fragrant scent and vibrant colors. They are popular in commercial space for their cut flowers and are known as the “herb of the sun”.

Scientifically, marigolds are called Tagetes, having different species in the family of Asteraceae. Tagetes genus has plant diversity ranging from annual, perennial, and herbaceous plants. They are native to America from the southwestern United States into South America.

There are 50 species of marigolds, but the most frequently grown ones, which regularly can be seen in garden spaces are:

Cultivation and Care of Marigolds

Different species of marigolds support different seasons for their growth, which starts from spring to midsummer. The seeds are sowed when the soil is warm. The sprouting starts in a week and in 8 weeks the plant starts blooming.

Marigolds prefer warm weather. In shady, wet, moist, and cool areas, they become prone to powdery mildew and might not bloom well. Some marigolds can be easily grown using seeds, while, some are a tough nut. They require to be grown using young plants.

When the plants are established, it’s time to care and groom the plants for their better and bushier growth. You can prevent the singling of plants, by pinching off the upper part of the stem and removing the deadheads (faded flowers). Strictly avoid overwatering the plants, as it can cause their death.

Conventionally, marigolds are grown either using herbaceous shoot-tip cutting or seeds. However, for rapid propagation and producing true-to-type plants, tissue culture is the most preferable technique. Further, they are also used to improve the quality of planting materials, and for safe and long-term maintenance of the germplasm of the plant.

In tissue culture, the explants that have been tested for the production of the plants include immature un-pollinated disc florets, proliferated adult plants and, leaf callus and suspension culture.

Tissue culture is a meticulous process. It requires high-grade equipment, chemicals, and equipment to perform the experiment. Here, PCT helps you to procure all your tissue culture requirements at an affordable cost. In the PCT store, you will get MS media, agar, gellan gum, plant growth regulators, culture vessels, and BiocouplerTM temporary immersion bioreactor.

PCT has its own innovative contamination preventive product, PPM (plant preservative mixture), that solves all your contamination issues and saves your time and money for further experiments.

If you are interested in any of the products or services, mentioned above, write to us at infor@plantcelltechnology.com.