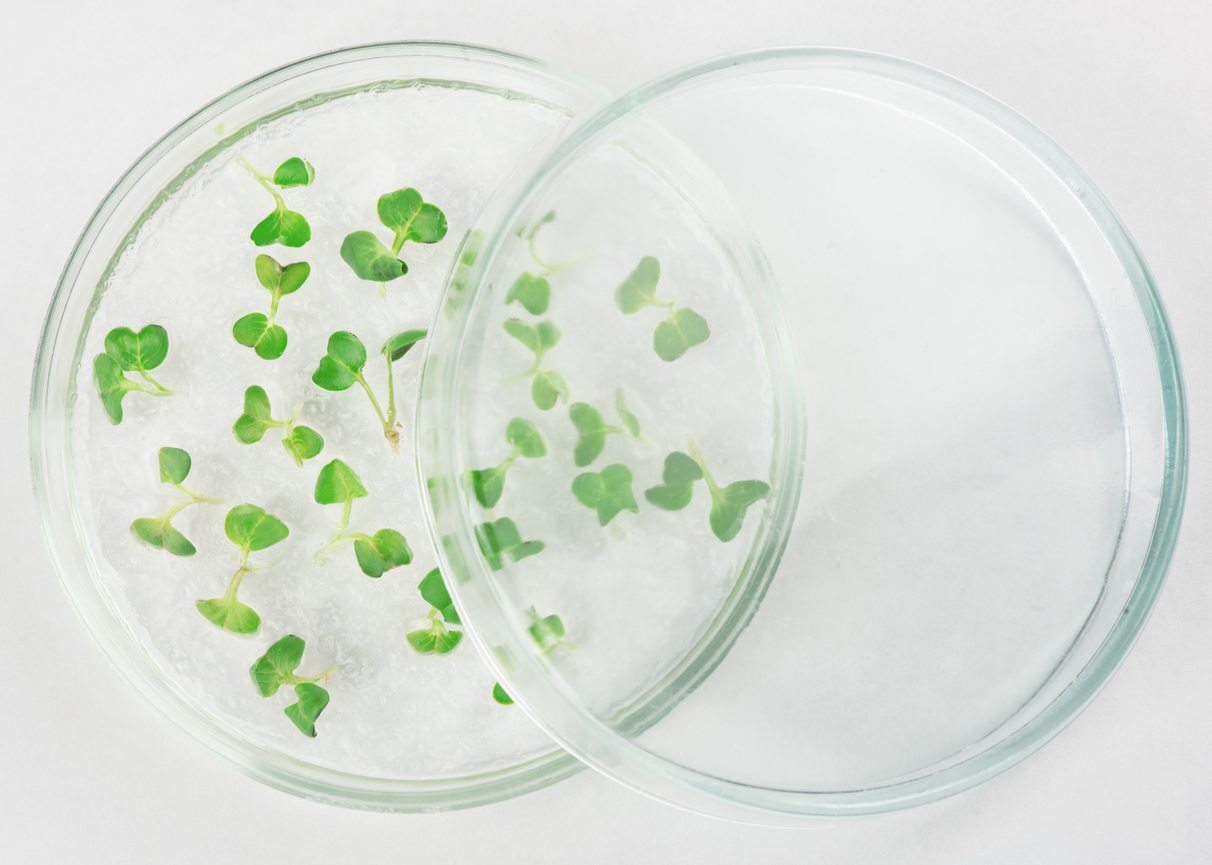 What on earth would you need a gelling agent for? Well, if you are looking to formulate either semisolid or solid media, then you will need a gelling medium.

The very first gelling medium that was discovered was gelatine and today we see it is used throughout the food industry. However, it may not be your best option for tissue culture and other in vitro practices. Agar is another popular and well-known gelling agent, especially amongst vegetarian baking enthusiasts, and researchers are enjoying it as a successful agent for in vitro experiments.

There are a variety of other gelling agents available, from xanthan gum to isabgol, and it can be challenging to know what the best gelling agent is to use for your tissue culture. Not all gelling agents will deliver the same result.

The exponential development of the cannabis market is setting the stage for further research into efficient cultivation techniques. Tissue culture looks set to be the future of cannabis cloning, and agar could be to be the best gelling agent for cannabis tissue culture.

Let's take a step back. If we are to understand what to look for in a gelling agent, then we need to know how they work. Firstly, the gelling agent will be added to the liquid microbial media. This will cause the liquid microbial media to be converted into semi-solid or solid media. In some cases, some proteins, from both microbial and plant sources, and colloidal polysaccharides can become solidifiers. These proteins and polysaccharides form continuous three-dimensional molecular networks, and this is what causes them to act as solidifiers. However, even in these cases, extra firmness may be required. This is where gelling agents come into play; agents such as agar firm the medium and helps to mold some of the medium's essential characteristics such as the diffusion characteristics.

The medium's viscosity will be the primary determinator for the rate of diffusion. And what determines the viscosity? Well, that would be the physicochemical characteristics and concentration of the agent that you use. Some gelling agents are highly temperature-sensitive and can go between states of gel and liquid, according to the temperature. This flexibility is often a sign of an excellent gelling agent.

Other characteristics to look for in a gelling agent:

Each individual gelling agent will have a unique pH profile and protocols to follow, such as ideal temperature and methods for use. While each gelling agent is unique, there are a few tips that can be applied across the board:

Do you want to avoid clumping in your medium? Of course, you do! To prevent clumping, be mindful of how you add the gelling agent to the dispersing medium. Avoid haphazardly mixing the agent in as this can cause clumping. When clumping occurs, it means that the gelling agent's outer molecules become hydrated with the medium, and a surface layer forms, preventing the medium from penetrating and mixing efficiently with the agent. In time the clumps may eventually dissolve, but it is timely and can be avoided if a sieve is used and care is taken when the agent is added. Gently stir the agent into the medium while sieving, and you could even use a wetting agent in the form of a small amount of glycerine to prevent clumps from forming.

Are you using hot or cold water? Agents such as poloxamers and methylcellulose are more soluble in cold water. Agents such as bentonite, sodium carboxymethyl cellulose, gelatine, and agar require hot water. Warm or tepid water is necessary for alginic acid agents, carbomers, and tragacanthin agents.

Be Mindful of the pH Level

If you are using an agent such as a carbomer, you will be required to use a type of neutralizer to adjust the ph manually. This neutralization will help to form the gel consistency after the agent has been added to the medium.

You will need to be patient as the majority of gelling agents will need to have at least 24 hours to become fully hydrated, clear and viscous.

Be Precise with Measurements

How much are you using? Be sure to know the exact amount needed. The majority of gelling agents will require a concentration between 0.5 and 10 %. This is quite a difference, so be sure to check the exact concentration beforehand.

One of the most popular gelling agents for cannabis tissue culture procedures is agar. Agar originates from a specific type of seaweed and is therefore considered to be a natural gelling agent. The agar used as a gelling agent is derived from a particular species of red seaweeds, namely Gellidium and Gracillaria. While both genera can be used, the strongest and firmest gelling agents are derived from Gelidim as it has a higher gel strength.

When you are deciding on a gelling agent, your primary concerns should be the agent's purity and quality. Here at Plant Cell Technology, we have included agar in our line of premium products, and you can find quality agar here for you to use as your gelling agent.