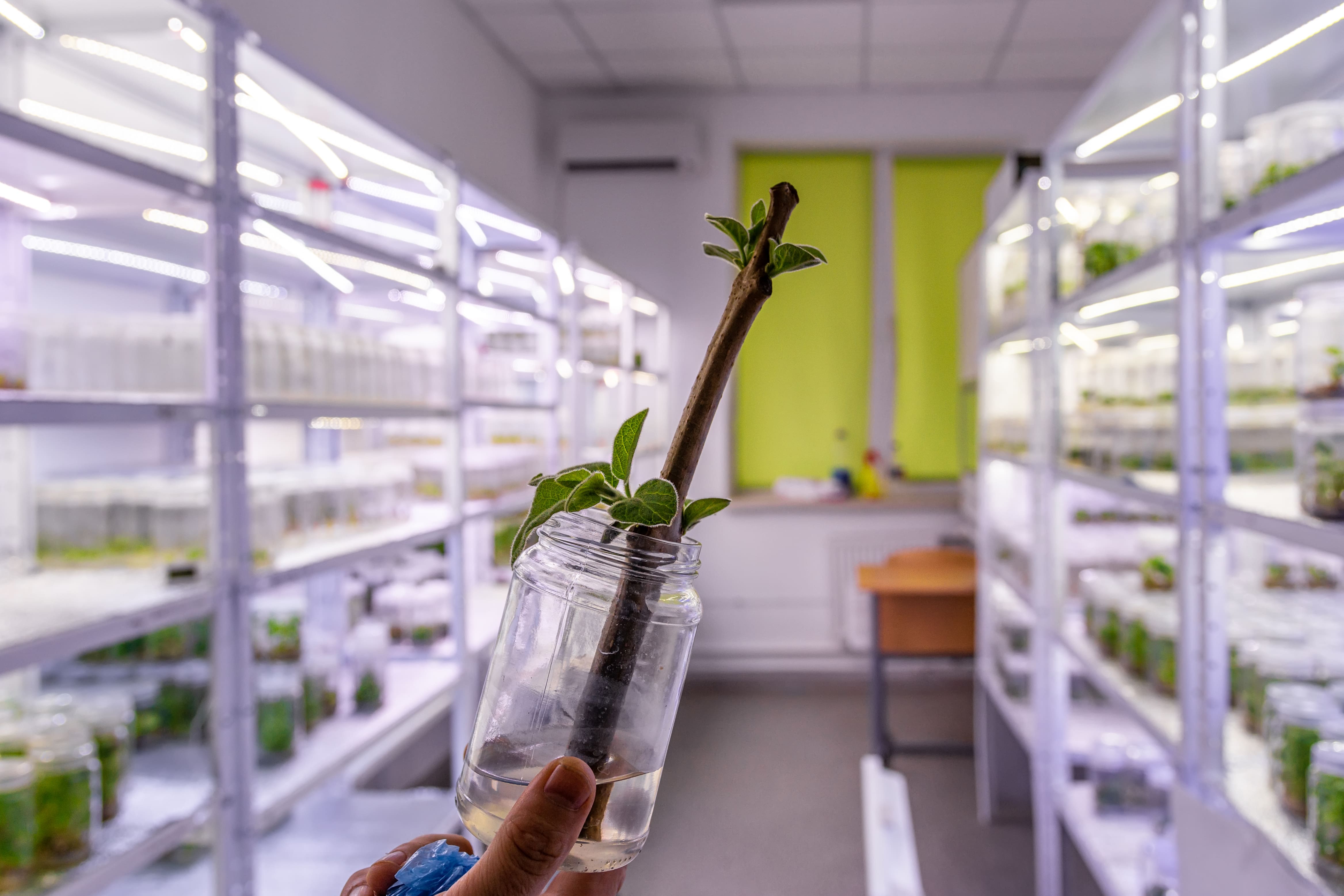 Micropropagation is the rapid multiplication of plants at a large scale under artificial conditions. It follows asexual means of reproduction (through vegetative parts of the plants). In the clonal propagation of plants, genetically identical plants are produced by multiplying an individual plant with desired characters under suitable growth conditions. The process involves five stages: