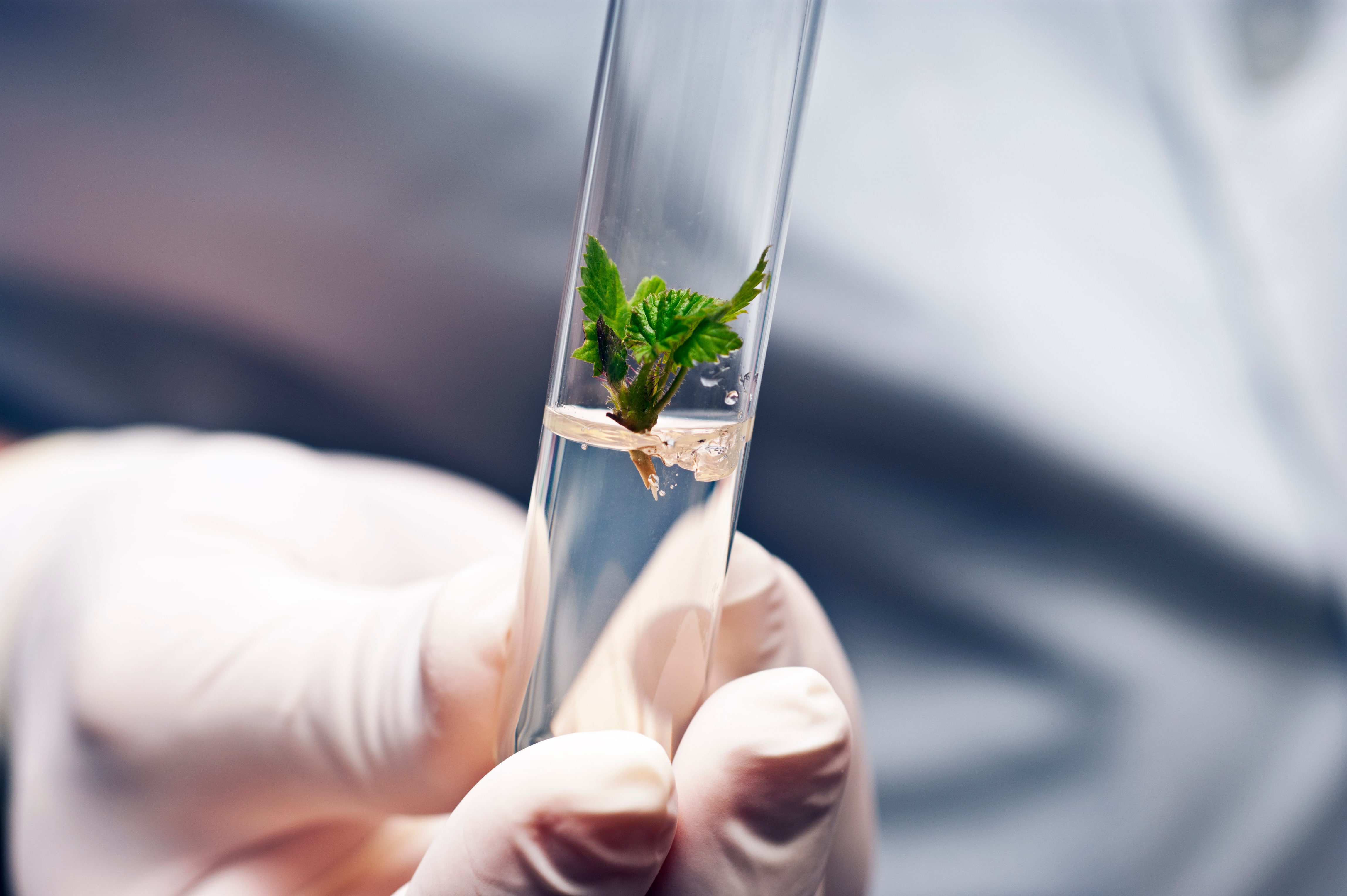 Micropropagation is the technique for the large scale multiplication of plants in artificial conditions. The method has been adopted by several industries to fulfill the market demand for secondary products, flowering plants, or horticulture plants.

This step includes selecting the source plant based on the desirable characters. The stock plants chosen for culturing purposes are grown for their multiplication on a large scale. After selection, these plants are transferred and maintained in a favorable growth environment. The condition generally maintained for the growth of explants for about three months include low humidity, irrigation, and the absence of any systemic microbial infection. The plants are checked and observed regularly for their health conditions.

In this stage, the selected plants are prepared for culturing purposes. The preparation includes cutting the selected source of explant to a suitable size that should fulfill the goal of culturing. The explants are pretreated and sterilized with certain chemicals before they are inoculated in the growth medium.

After surface sterilizing the explants, inoculate them on a growth culture medium containing components based on species to be grown and method to be performed. The explants are generally inoculated in basic Murashige Skoog (MS) medium (or any other suitable media) supplemented with growth regulators (like auxin, cytokinin), vitamins, and sucrose. The inoculated explants are incubated at a 16-h photoperiod at 3000–10,000 flux light intensity.

In this stage, the cultured explants are provided with suitable culture media and growth conditions for the multiplication of shoots and embryo development. This stage requires a considerable amount of time for shoot regeneration from explants. Then, the regenerated shoots are excised into multiple explants for the multiplication purpose. In some cases, many nodal explants are obtained excising the single shoot (as in the case where only a single shoot is obtained from the apical shoot).

For the multiplication, cytokinin rich media is used to inoculate the nodal explants. In a period of 4 to 5 weeks, 5-6 explants are produced from a single shoot. For the maximum survival of the plants, provide suitable media supplemented with growth regulators and keep them in a suitable environment.

This stage can be called the rooting stage. In this stage, the grown shoots are transferred to a fresh medium supplemented with auxins to induce rooting in the regenerated shoots. The rooting is induced by individually separating each shoot and then transferring it into the rooting medium.

Sometimes, rooting is directly induced in the soil having high moisture. In some other cases, the first hardening of the plant is done and then they are slowly transferred to soil. For example, in somatic embryogenesis, the explants are allowed to form plantlets and then are transferred to soil for their growth and acclimatization. The hardening medium should be either pearlite, peat, or vermiculite. These mediums should hold considerable moisture and be maintained at high humidity. Only the properly grown plantlets with roots should be transferred to the soil.

Stage 4: Acclimatization or Transferring of Plantlets to Soil

The plants grown in vitro conditions are very sensitive to diseases and pathogen attacks. The transfer of plants to the soil should be carefully performed. When the in vitro plants are exposed to the natural environment, they have to undergo several variables of culture conditions. To protect them from sudden shock, hardening of the plantlets are performed to avoid stress, moisture, and several diseases. Also, during the acclimatization, the roots of the plants should be well developed and cuticular layers should be formed which makes them suitable for the transfer to open fields.

In some cases, vitrification of the cultures is observed in which the plantlets look brittle, water-soaked, and glossy. It can be due to abnormal functioning of stomata, poorly developed vascular bundles, and abnormal wax. This condition can lead to the loss of many plantlets.

What should you do to avoid vitrification?