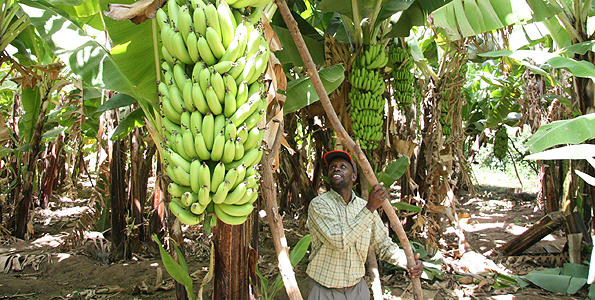 Within a single plant cell, you can find the entire spectrum of plant genes. And this is precisely why tissue culture works and can be so useful.

By using a single cell from a plant, the tissue culture method can be embraced to grow a mature plant. Tissue culture may also be known as micropropagation, and it is a form of cloning. However, unlike traditional cloning methods, only a tiny amount of cells or minute pieces of a plant is used. In micropropagation, the conditions need to be stringently controlled, and protocols need to be strictly adhered to.

The process does require stringent regulations such as sterile growing environments and the proper grow medium to ensure the healthy development of roots and shoots. Every plant species will have a unique protocol to follow and will usually require a gelling agent like agar to stimulate and maintain healthy growth and development.

Plant hormones and plant preservative mixture can also be used to ensure healthy growth and increase the number of plants being developed. One of the most notable characteristics of tissue culture is that it can stimulate the growth of plants that are pest and disease-free, thanks to the sterile environment and the use of premium and selective genetics.

Tissue culture was primarily used in horticultural crops that carried higher value (such as orchids and other ornamental plants). However, this is beginning to change as we see more sectors of the agricultural industry benefiting from tissue culture. Today, we are witnessing how tissue culture is a useful addition to many subsistence crops, especially in developing nations.

Africa is a continent consisting of developing nations. We see how tissue culture can be utilized in Eastern Africa by the development of bananas that are free from disease. Bananas are a large source of nutrition in many nations. In Uganda, the average amount of bananas eaten is 1kg per person.

If we turn our attention to Western Africa, we see similar achievements playing out. Rice is in high demand in West Africa. However, there is an inability to meet this demand by natural agricultural or cultivation methods. According to some statistics, Western Africa imports 6 million tonnes of rice per annum. While this import may contribute to international trade, how does such a heavy reliance impact a developing region with an unstable economy? This question could be rendered obsolete as we see West Africa beginning to rely more on tissue culture to cultivate essential food crops instead of importing 6 million tonnes of rice (totaling US $1 billion).

A scientist from Sierra Leone, Monty Jones, began addressing these questions. A scientist at the Africa Rice Centre, Jones initiated a program based on tissue culture technology. The focus of the program was to cross Asian and African species of rice. While African rice species (Oryza glaberrima) is more suited to the local growing environment, the Asian species (Oryza sativa) yields much more significant amounts. African rice species typically produce 1 ton per hectare, while Asian species typically yield 5 tons per hectare. By crossing the genes, the scientists were able to create a number of embryos. However, there was one drawback; these embryos could only reach full maturity using tissue culture. These species of rice are dubbed 'new rices for Africa' and due to their specific genes are able to adapt to the often harsh African terrain and environment, but can still offer higher yields.

The case of rice in West Africa is just one of many. Other cases include cassava (as mentioned above), another essential food for communities living in rural areas in both Africa as well as South America. Is cassava easier to grow than other grains? Yes. But while cassava may be drought resistant and resistant to high temperatures, the crop is still subject to disease and pests. Tissue culture could be one solution, as it can be used to develop varieties of cassava that are resistant to severe disease and pests.

If we look at tissue culture and its use throughout the world, we see that it is not only a smart initiative for many commercial industries, but it could be used to improve the lives of thousands of people (if not millions) in developing nations around the globe. Agriculture that employs tissue culture can not only offer higher yields, but also yields that carry heightened nutritional value. Whether for plant breeding, genetic preservation, research, distribution, conservation, agriculture, or for a nation's food security, tissue culture is an essential feature of the plant world today.